We use cookies to help make our website better. We'll assume you're OK with this if you continue. You can change your Cookie Settings any time. 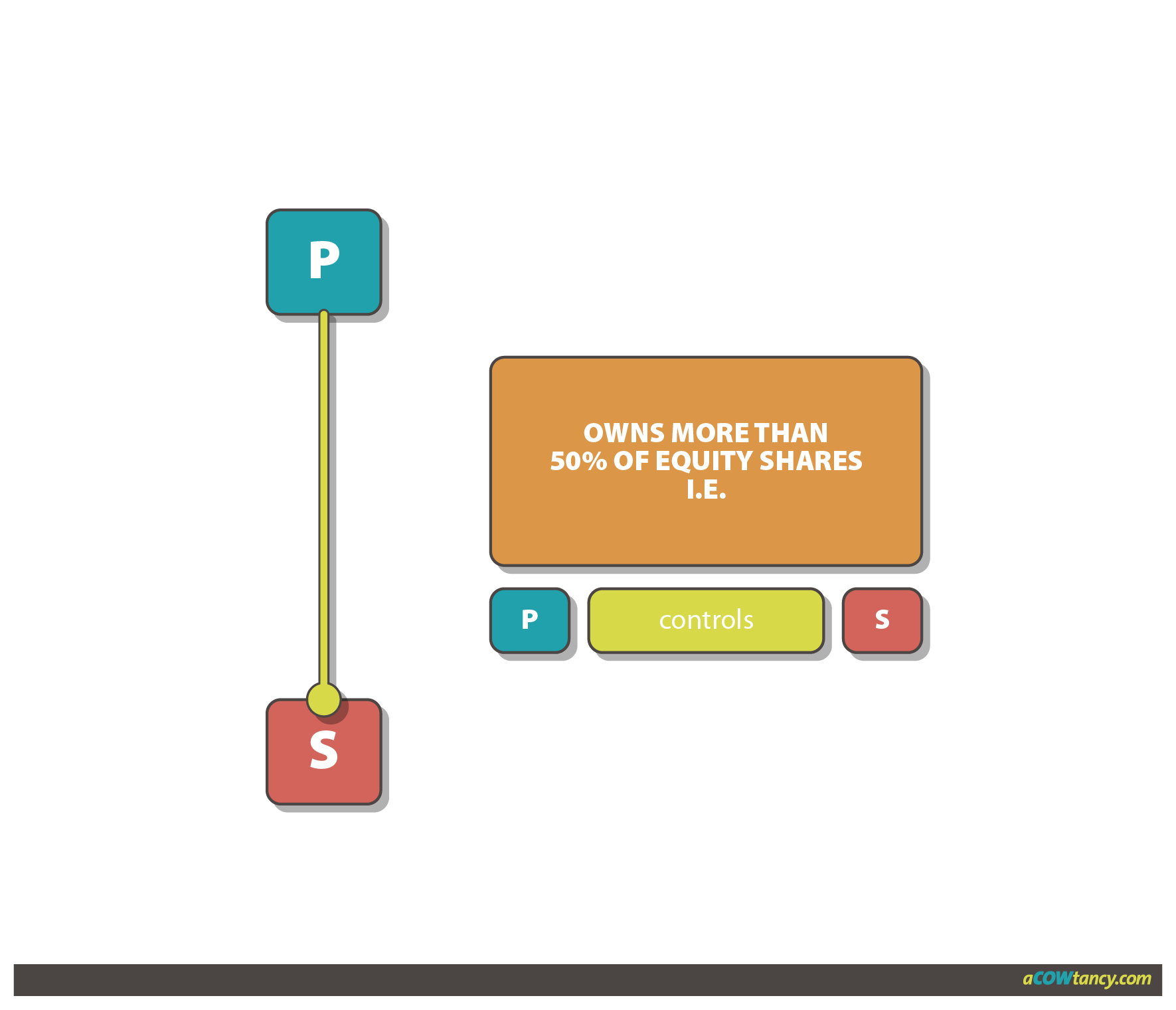 Subsidiary within a group structure

P is an individual legal entity, known as the parent. The parent is an entity that has one or more subsidiaries.

S is an individual legal entity, known as the subsidiary.

P owns more than 50% of the ordinary shares of S. It has enough voting power to appoint all the directors of S.  P has the power to govern the financial and operating policies of an entity so as to obtain benefits from its activities.

Although P and S remain distinct, in economic substance, they can be regarded as a single unit, the group.

Although control is usually based on ownership of more than 50% of voting power, IAS 27  lists the following situations where control exists, even when the parent owns only 50% or less of the voting power of an enterprise.